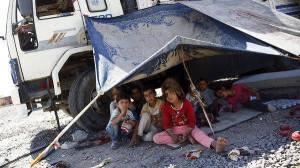 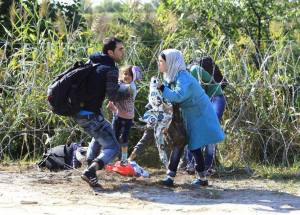 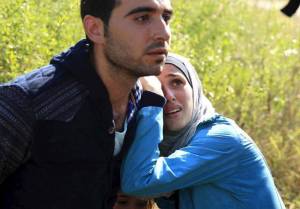 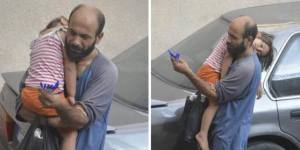 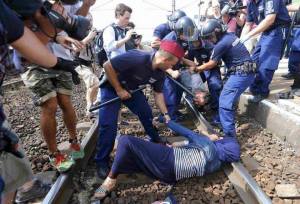 Please do not like this album just share and donate as much as you can. We already did a bit from our end. Link is given in the bottom of the post. Your small contribution can save someones life.

There are approximately 4 million Syrians who are now trying to escape death in Syria. Many are stranded, lost, suffering or already dead. These are called “War Refugees” not “Migrants”. Thousands are already living below poverty line in camps and tents in Jordan, Lebanon, Turkey, and Greece, and thousands are trying to reach Europe because that’s their last hope. They are not after your tax money or your jobs, they are after rescuing their children and families from eminent death.

From the photos posted these are very few stories of what these refugees are suffering from:
After their boat drowned, a mother was trying to hold her few months old baby above the sea so he doesn’t drown while waiting for help or trying to swim to save herself, but the strong waves managed to take her baby away from her hands, and she never saw him again.

A father of two selling pens in the streets just to feed his family. He cant get a job because he isn’t “legal”, yet he has enough dignity not to beg.

A truck in Hungary was found with around 71 cramped dead bodies of Syrian refugees who were trying to cross the borders.. they died from suffocation after the drivers abandoned the truck and ran away from the police. No one heard them screaming or banging on the doors. They died silently.

A young family trying to get into the borders of a country when the police caught them to send them back to hell. The looks on their faces just say it all.

Millions shared posts and signed petitions when Cecil the lion was killed to raise awareness and for governments to take actions…it was international news everywhere for days, even celebrities were condemning the issue and posting it on all their social media..etc. I agree its sad and I condemn it too and awareness and action is needed. But to see the reactions you get from killing one lion and the reactions you (don’t) get from thousands of Syrians dying and millions stranded makes you lose faith in humanity…

Stand up for them, stand up for humanity, and stand up against your politicians and stop calling them migrants..your ancestors were immigrants themselves after the colonizations in World war I & II. Migrants are looking for economical well being, however refugees are looking for survival, to be able to protect their children from death and rape and torture! There is a huge difference between these two! Put yourselves in their shoes and think about it. Imagine these were your children, nephews, relatives…etc.

What did these little innocent souls do to deserve this?
They are humans, and we live on one planet.
Over 84% of Syrian refugee families in Jordan live outside camps and they are struggling to pay for the very basic life essentials including food and healthcare, for anyone who would like to sponsor a family for a week/month/year or just make a donation, you can do it through this link:
http://donate.unhcr.org/ar/lifeline-en

You can also sponsor the treatment for 2 Syrian kids who lost their legs due to bombing of their home in Syria:
https://www.z2systems.com/np/clients/pcrf1/campaign.jsp…

Visit the Gallery for more